An award-winning communications professional and community leader with expertise in research-driven strategies that inform and influence.

Under the leadership of San Francisco Police Chief Bill Scott, the department has been working in partnership with the California Department of Justice since 2018 to implement some 272 recommendations that aspire to make SFPD a national model of 21st Century policing. 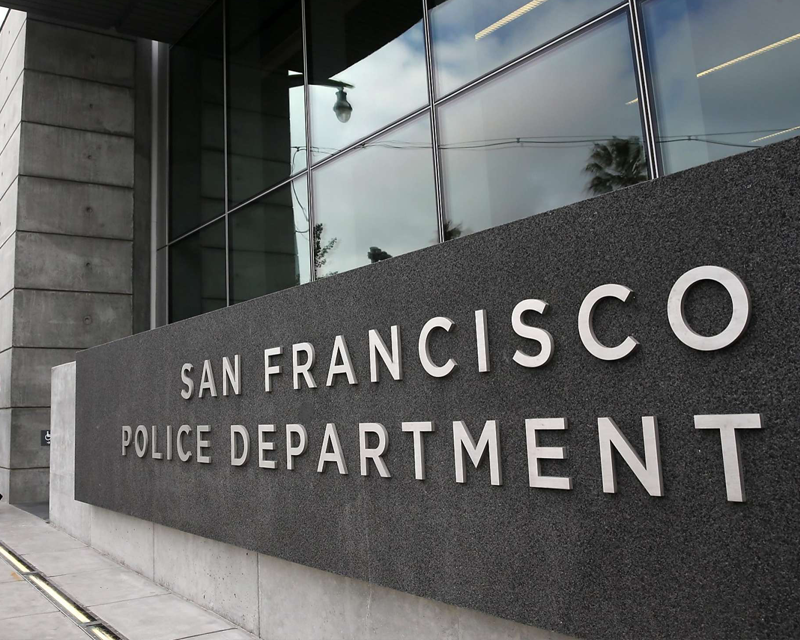 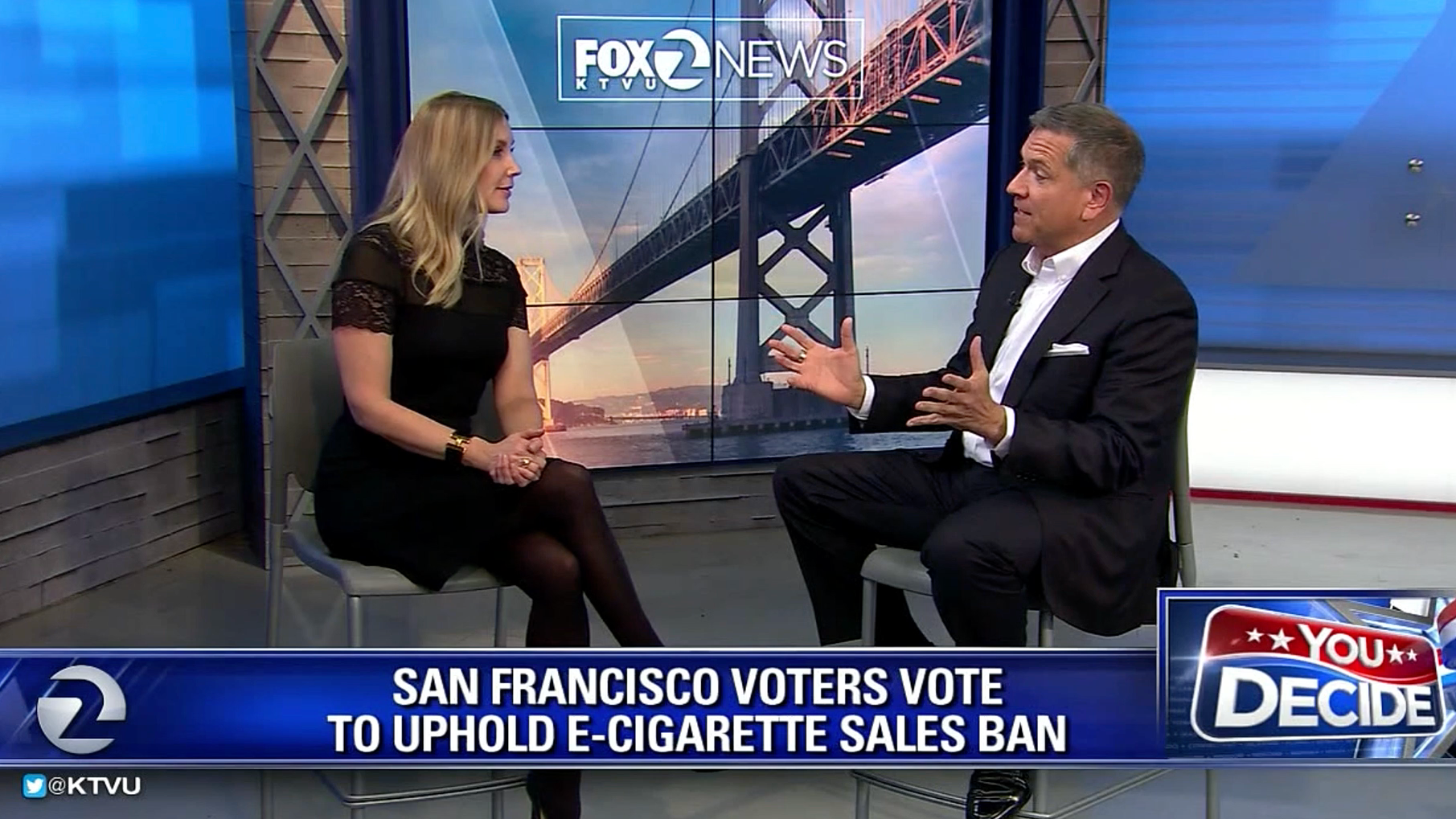 In a nationally watched ballot initiative funded by Big Tobacco-led e-cigarette giant, JUUL Labs Inc., the San Francisco Examiner reported “powerhouse consultant Matt Dorsey came out of retirement from campaign work to help the opposition campaign to Prop. C,” adding that his “long-time connection to the Democratic Party and reputation as a sensible progressive centrist would’ve doomed JUUL’s chances should the Dems have needed moving.”

• As communications director for the S.F. Kids vs. Big Tobacco coalition’s No on Prop C campaign, Matt played a lead role in developing the messaging, research and press strategy that ultimately led JUUL to abandon its citywide campaign — even after the world’s dominant e-cigarette manufacturer had already poured a record-breaking $11.8 into its corporate-sponsored committee.

• He worked with San Francisco Supervisor Shamann Walton to research and draft what Mission Local described as a “meticulously detailed” letter to the U.S. Food and Drug Administration — documenting dozens of examples of prohibited modified risk tobacco product claims by JUUL in its Prop C campaign — which led the FDA to investigate the company’s campaign practices in San Francisco.

• Matt worked alongside coalition partners like the San Francisco-Marin Medical Society, Parents Against Vaping e-Cigarettes (PAVe), former City Attorney Louise Renne and others to research and author opposition arguments, and to develop successful strategies that virtually ran the table of newspaper and political endorsements citywide — despite being outspent my more than 7-to-1.
Of Counsel and Partner
‍
Lighthouse Public Affairs, LLC
San Francisco, Calif.

September 2016 – July 2019
As a partner and head of the communications practice for Northern California’s preeminent public affairs firm, Matt worked with an array of seasoned experts from a multitude of advocacy disciplines at Lighthouse Public Affairs, LLC. Serving a diverse array of high-profile, industry-leading clients, Matt’s representative client engagements at Lighthouse included:

• The Millennium Tower Homeowners Association in its lawsuit against the developer of the exclusive luxury tower in San Francisco’s SOMA neighborhood that has been beset by sinking and tilting issues less than a decade after opening.
‍
• Presidio Terrace homeowners in their successful administrative challenge to the national headline grabbing — but legally invalid — tax sale of their common area property by the San Francisco Treasurer and Tax Collector’s Office.

• The Sisters of Fraternite Notre Dame, which with the help of celebrated benefactors Tony Robbins and Marc Benioff won the hearts of San Francisco’s press corps — commanding the front pages of both citywide daily newspapers — and won City approval to re-open their charitable soup kitchen in the Mission District.
‍ 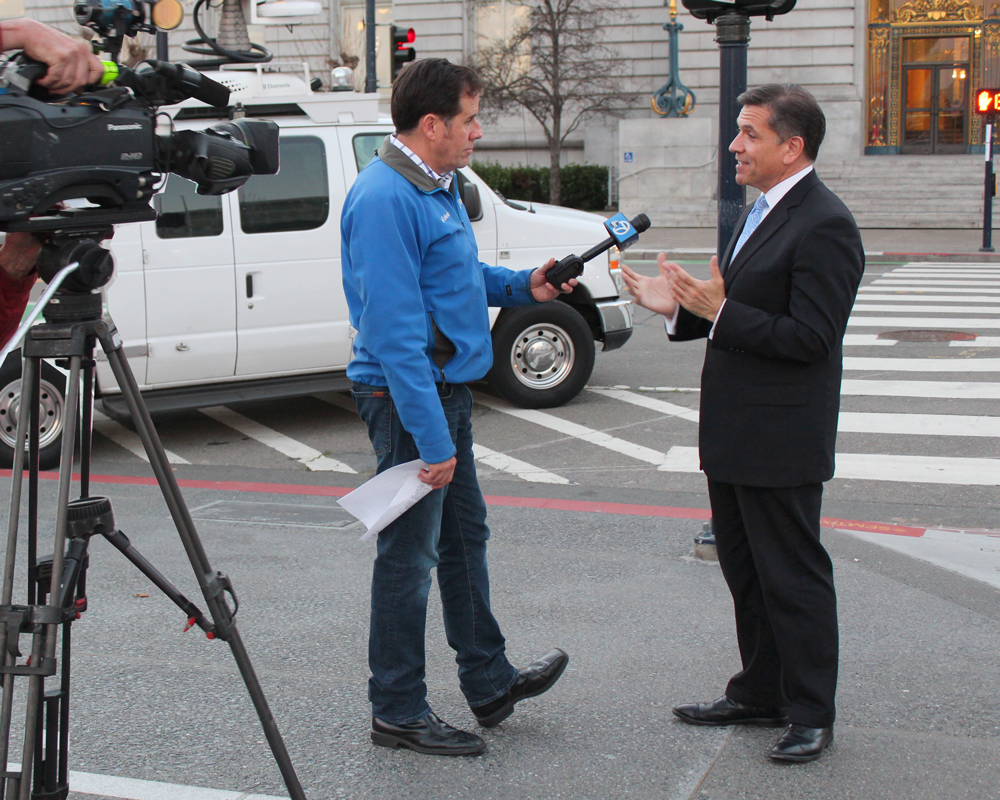 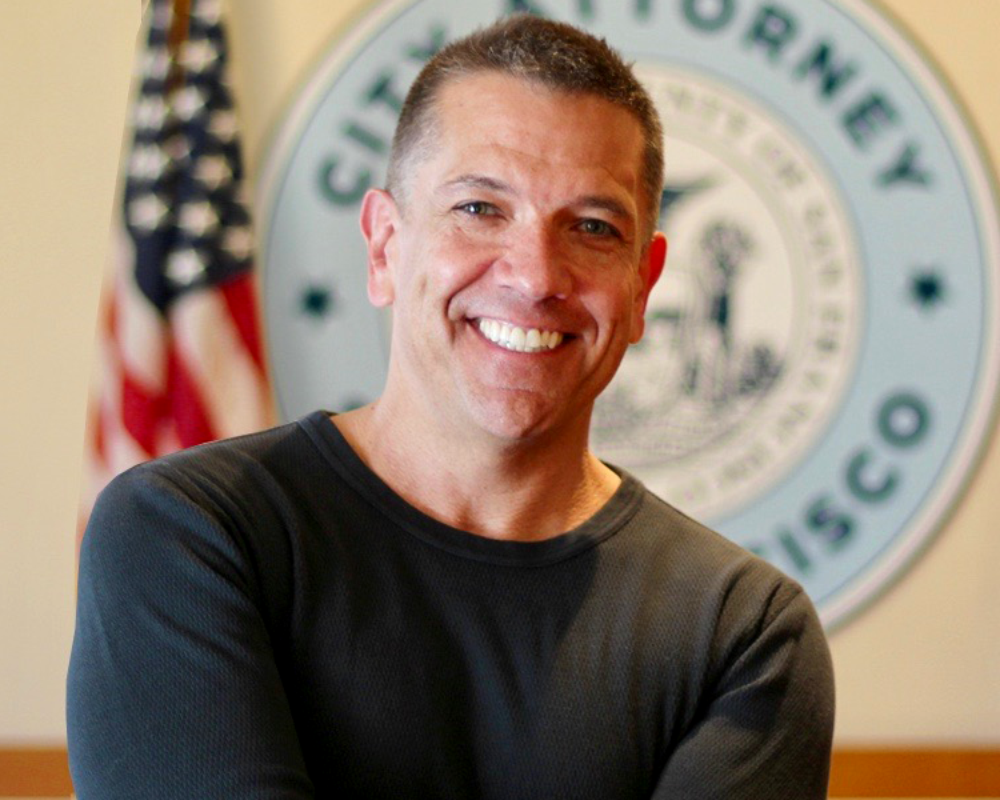 As the longtime press secretary and spokesman for San Francisco City Attorney Dennis J. Herrera, Matt functioned as primary contact for members of the news media — locally, nationally and globally — on all civil litigation involving the City and County of San Francisco.

• The office’s landmark, nine-year legal battle to win LGBTQ marriage equality in California, from defending then-Mayor Gavin Newsom’s issuance of marriage licenses in 2004 to the U.S. Supreme Court’s ruling in Hollingsworth v. Perry, which struck down Prop 8 in 2013.

• City Hall’s high-stakes lawsuit against a controversial accreditation board, which ultimately saved City College of San Francisco from imminent closure.

• Dozens of other cases in which groundbreaking city policies and millions of taxpayer dollars were at stake — and where San Francisco’s legal objectives were aided by fact-intensive, rapid-response communication strategies.
‍
Consultant
‍
dorsey.communications
Boston, Mass. and San Francisco, Calif.

• Matt’s award-winning work for the California League of Conservation Voters’ annual online legislative scorecards earned top honors for multiple years as a Webactive Featured Site — in addition to recognition among the “Top 5% of the Web” sites.

• His comprehensive opposition research undertaking in 2002 played a significant role in a successful outcome for his client in a hotly contested race for the California State Assembly.

• He wrote and designed the groundbreaking website for Democrat Warren Tolman’s 2002 Massachusetts gubernatorial bid, on which the Boston Herald lavished praised as “the most pleasant surprise in the campaign.” The news analysis added: “Tolman’s site has poetry. Whatever you think of his maverick politics, he has an interesting campaign site that probably appeals to many reform-minded voters.” 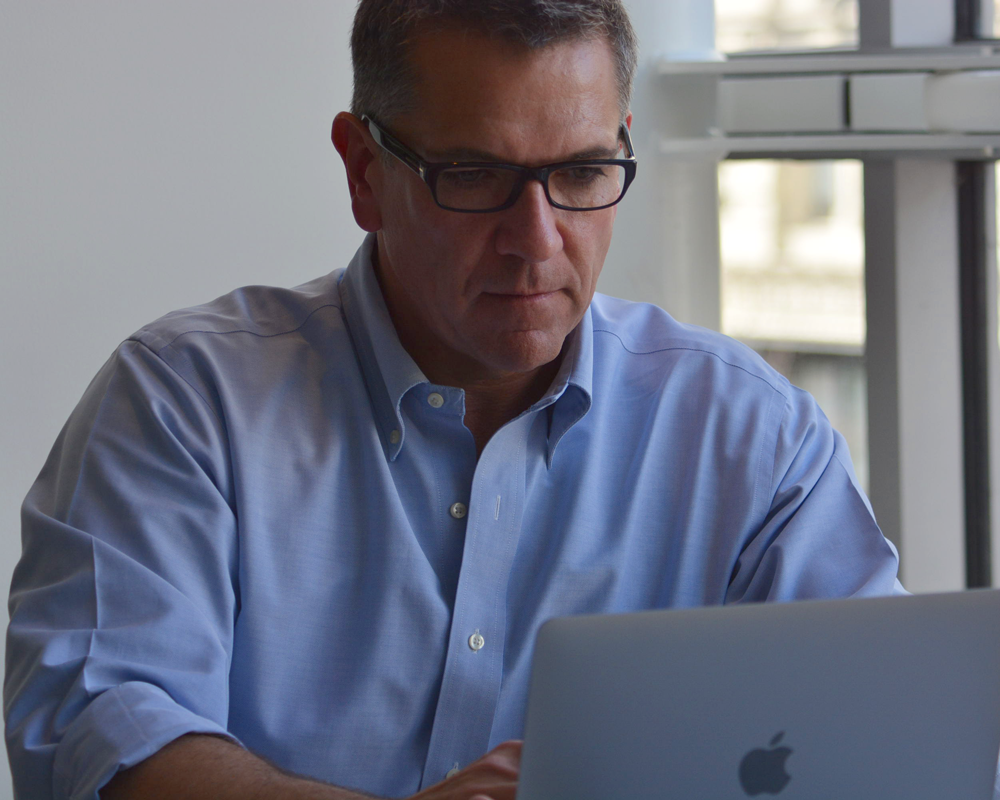 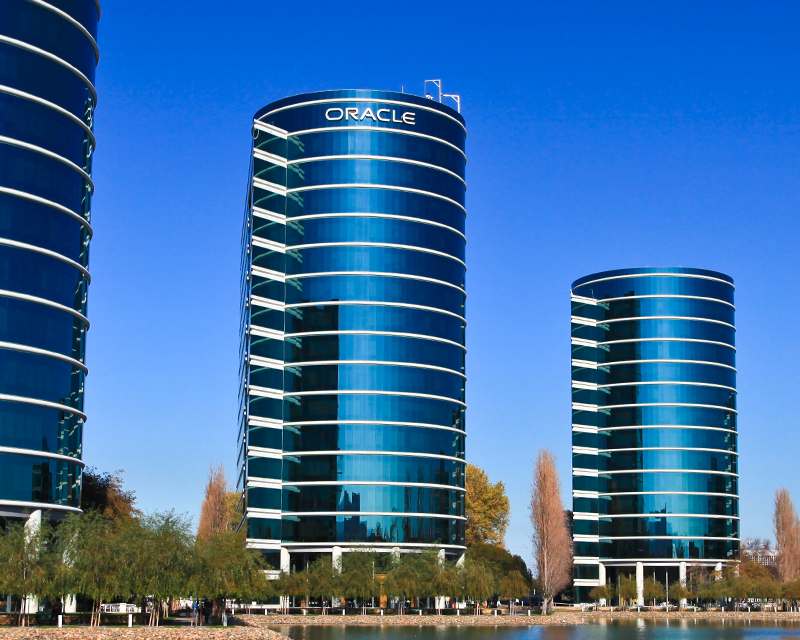 • His successful pitch and placement of a major feature story in Fast Company magazine on the up-and-coming Oracle executive leading the company’s e-business transformation — Thomas Kurian.

• Creating the first political committee ever approved by the U.S. Federal Election Commission to accept campaign contributions online — for the anti-Newt Gingrich virtual PAC and award-winning website, “NewtWatch,” in 1994.

• As part of the consulting team responsible for one of the only landslide victories by a statewide Democratic candidate in the 1994 election cycle — Democrat Ben Nelson for Governor of Nebraska.

• Leading the opposition research effort credited by national campaign consultants as decisive in narrowly winning a statewide victory for LGBTQ equality — for “Maine Won’t Discriminate/No on One” — in the 1995 General Election. 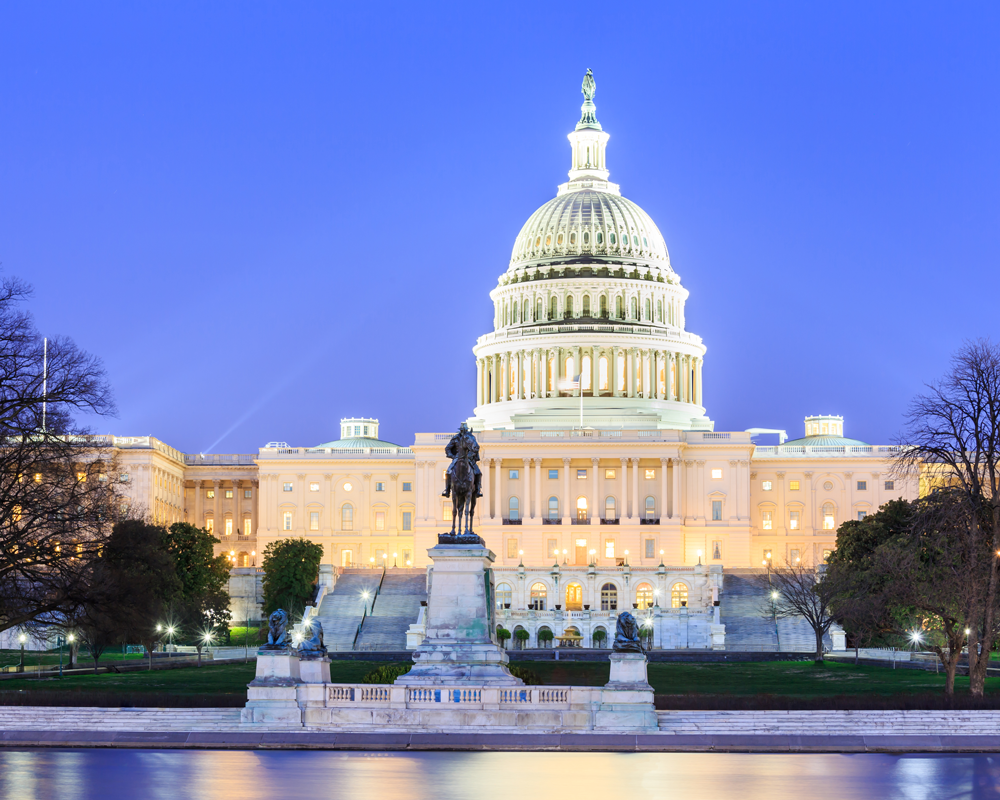 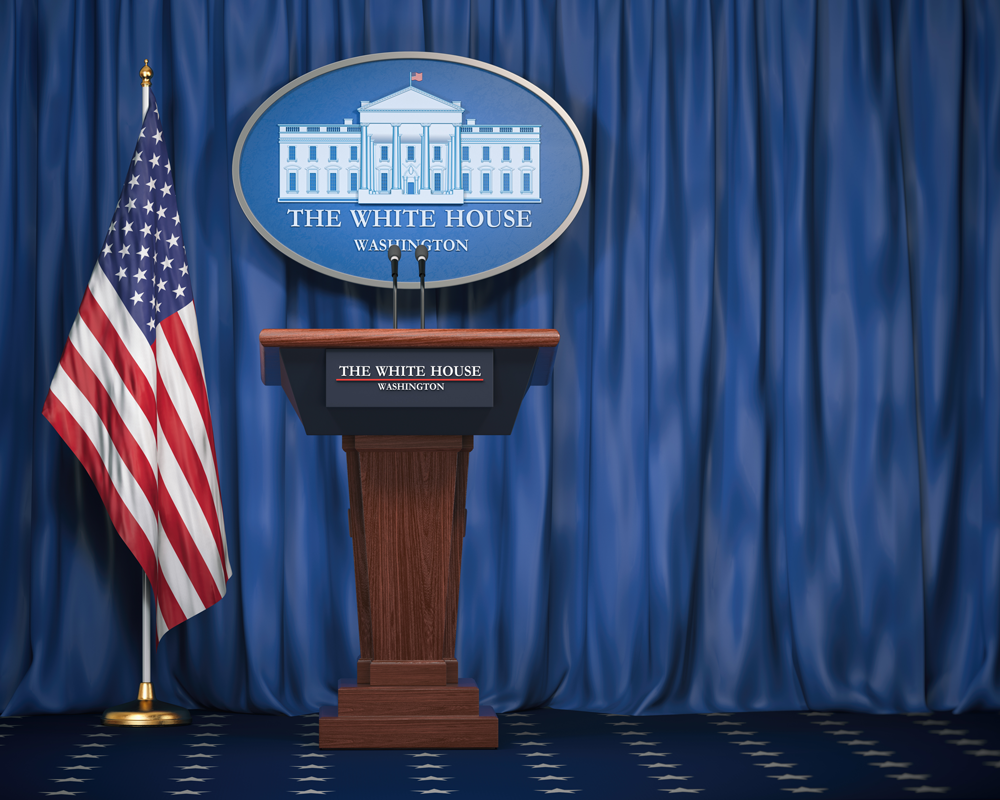 • He conducted and operationalized research from the congressional record and other public statements on the topic of healthcare reform by Republican foes of President Clinton’s plan.

• Matt and his team provided historical research and analyses on prior healthcare reform efforts in the U.S. — dating back to President Theodore Roosevelt

September 1992 – March 1993
Appointed by District Attorney Arlo Smith to serve as an investigator in the office’s Family Support Bureau.

Matt functioned as the District Attorney’s deputy press secretary and speechwriter in a part-time capacity, while managing a caseload of family support matters. He authored news releases and media advisories for the office, and drafted prepared remarks for speaking engagements by the District Attorney. 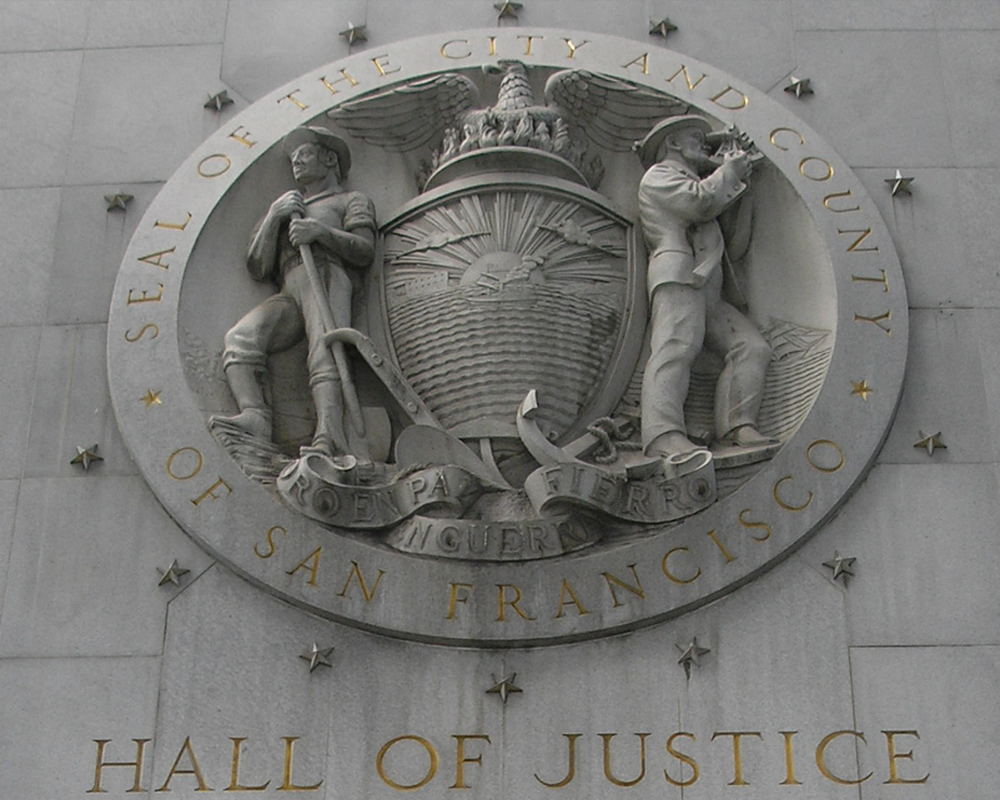 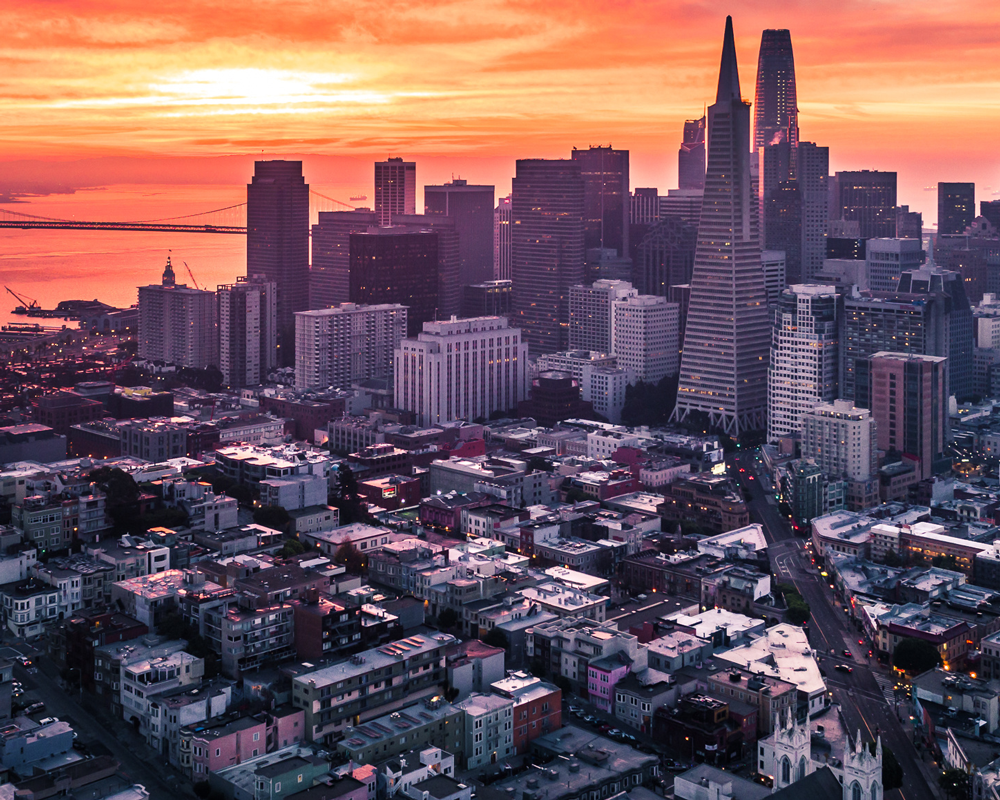 January 2012 – June 2016
In 2012, Matt Dorsey won election to the San Francisco Democratic Party’s governing body — known as the Democratic County Central Committee, or “D-Triple-C” — in one of the most heavily Democratic and highly competitive districts in California.

Earning more than 19,000 votes, Matt was the top vote-getter among first-time candidates, outpolling a number of sitting elected officials, and posting what the San Francisco Bay Guardian called: “an impressive finish for a freshman candidate but longtime politico.”

• He also won broad support for resolutions that championed transgender rights, HIV/AIDS protections and other progressive issues during his term on the DCCC. Matt was the lead author of a forceful resolution against 2016’s Prop 60 — Michael Weinstein’s ill-advised, anti-porn condom mandate — which was instrumental in winning the California Democratic Party’s support for a “No on Prop 60” recommendation.
‍ 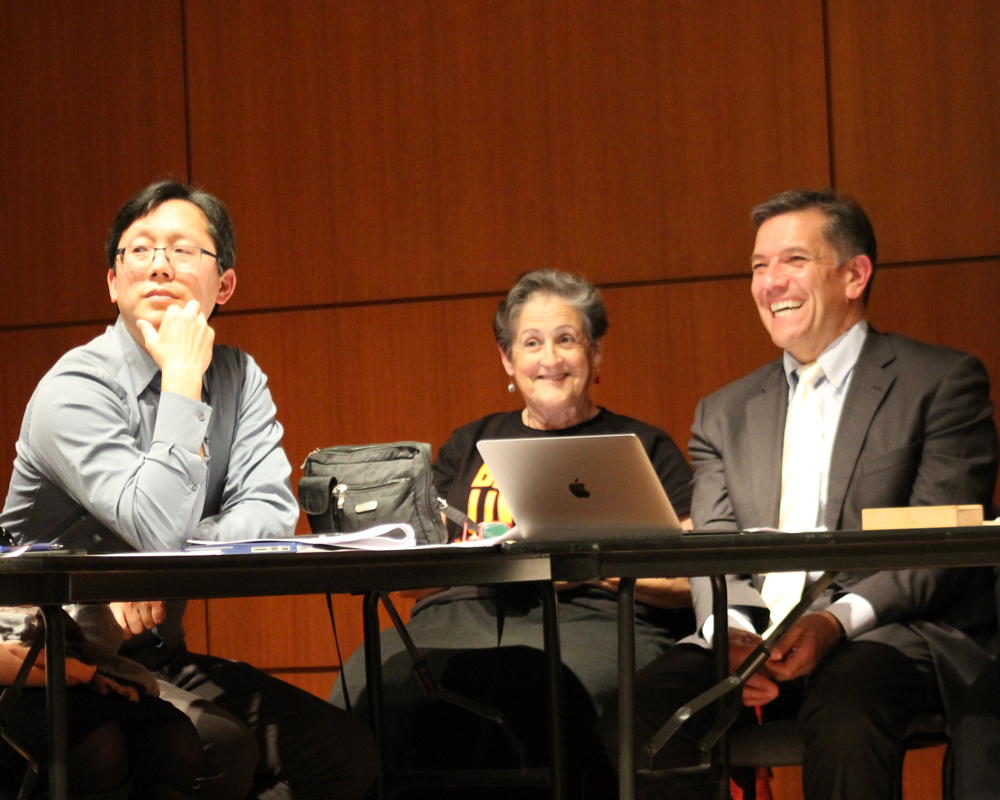 October 9, 2013
The Shanti Project, San Francisco’s venerable AIDS and HIV services organization, annually bestows the James C. Hormel Client Community Service Award “for embodying the values of Shanti in reaching out and serving others in the community.”

Matt was awarded the honor in 2013 by then-State Sen. Mark Leno.

January 2008 – June 2014
A longtime parishioner at San Francisco’s Most Holy Redeemer Roman Catholic Church, Matt helped to lead outreach efforts for multiple ministries to the community and also served on the parish council.

In the midst of California’s high-profile political and legal battles over Prop 8 and marriage equality — and at a time in which the strongly LGBTQ inclusive Roman Catholic parish was targeted nationally by Fox News, far-right critics, and others — Matt regularly advised pastors on media relations challenges and was often quoted as an active parishioner. 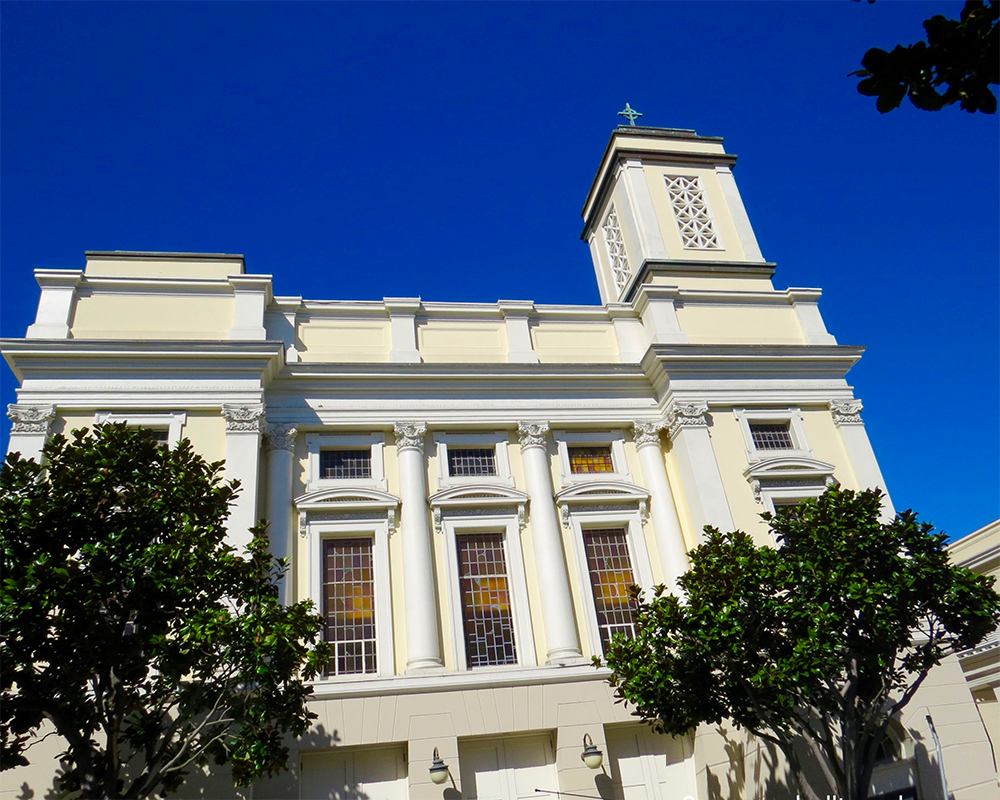 • Honing his political and organizational skills early, Matt founded “Students Against Moving Emerson,” or SAME, an organization of students, faculty and alumni that successfully opposed the college administration’s bid to relocate the Emerson College campus to Lawrence, Mass.

• He earned an advanced placement internship as a speechwriter to New England Telephone President and CEO Paul C. O’Brien during his junior year at Emerson, and went on to serve on Beacon Hill as a legislative intern to State Rep. Kevin Honan (D-Boston).

• Elected president of the Zero Marlborough Street dormitory, Matt also served as a resident assistant there. He was active in Emerson’s Communications Politics and Law Society, in intramural athletics and as a columnist for the college newspaper, Berkeley Beacon. Like many of Emerson College’s political graduates, Matt remains a dedicated Paynesian (an acolyte of the communications studies department chair, Dr. J. Gregory Payne).

• Matt made Dean’s List every semester while at Emerson College, and graduated with an Emerson GPA of 3.91/4.00. His other academic honors included winning the John F. Kennedy Scholarship from the Massachusetts Democratic Party (1988) and recognition in Gold Key Honor Society (1989) and Who’s Who in American Colleges and Universities (1989). 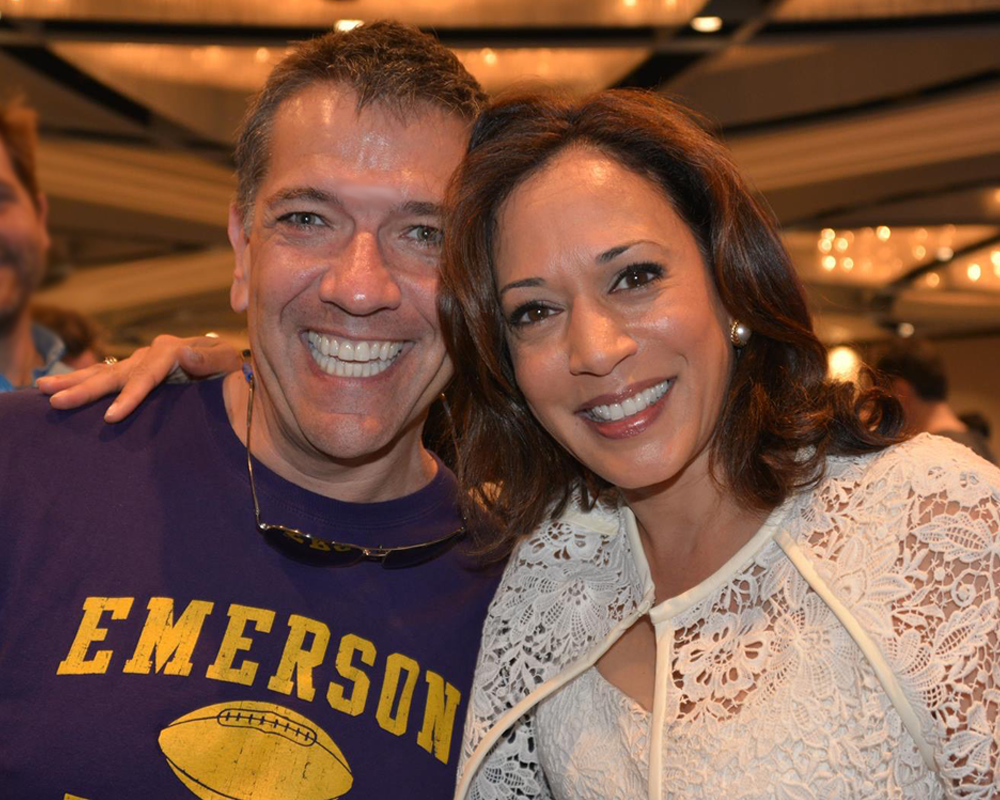 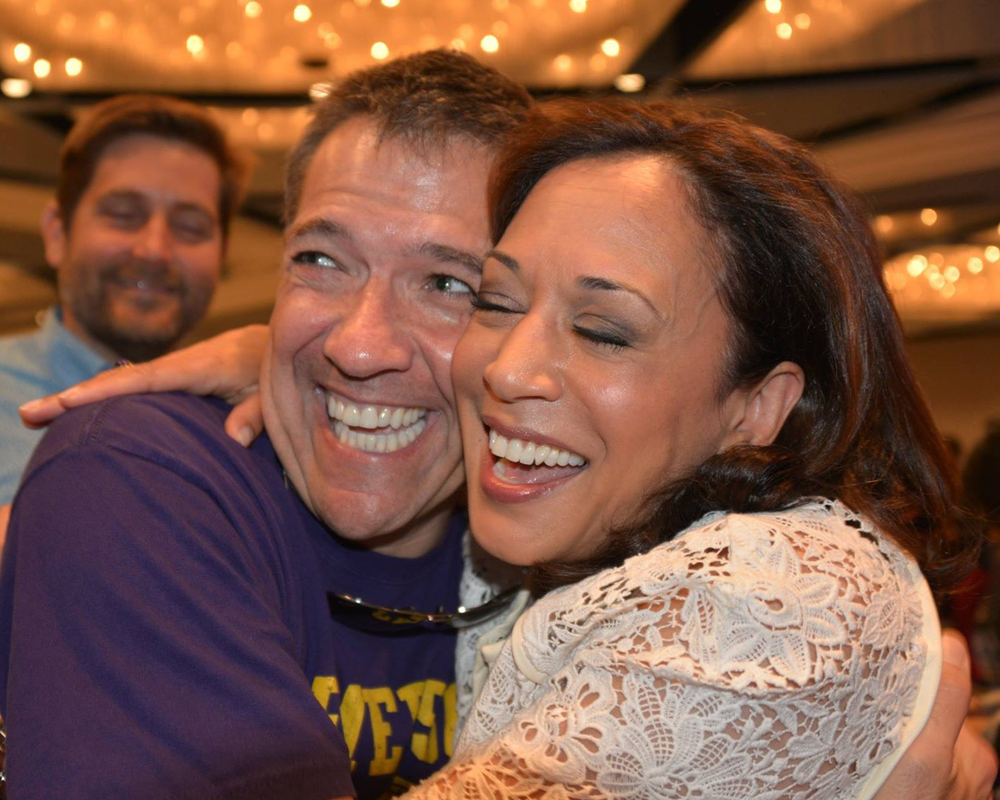 Thank you! Your submission has been received!
Oops! Something went wrong while submitting the form.
© Copyright 2019 Matt Dorsey.
All rights reserved.